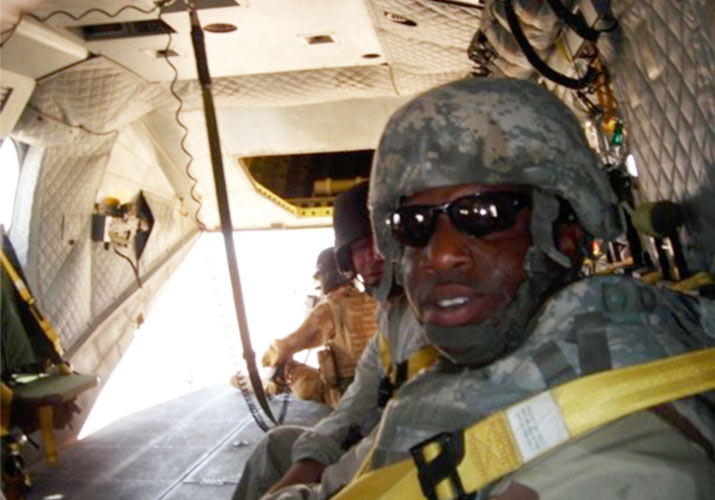 Those of you I’ve had the pleasure to work with or meet in person already know that I’m not an existential ponderer. It is also fair to say that I never subscribed to theories not firmly founded in tangible, science-first principles. I am unabashedly a self-proclaimed nerd, after all (not a geek—there is a difference!) So why am I writing about PVM’s “raison d’être”? To answer that question, let us start at the beginning.

I founded PVM after serving nearly 25 years on active duty in the US Navy. I will forever remain a grateful, proud retired Naval Officer, but reflecting on my last five or so years in uniform... it was a frustrating chapter for me.

Prior to my final tour of duty in uniform, I had spent almost 14 months working in Iraq. The work was challenging. The team that I led was responsible for rebuilding all the Iraqi defense infrastructure (military bases, ports, police stations, etc.) that had been destroyed during the war. This was prior to the insurgency. The work was exceptionally hard, the sacrifices many, and the positive outcomes few and far between. When our efforts made the news, it wasn’t usually good news. At this stage in my career, I had crafted my sense of what was important and what was non-value adding bureaucracy.

I returned to the US tired but committed to making things better for folks doing the hard work at the tip of the spear. What I found back home was a work culture that I felt was completely disassociated from the tangible, focused, and impactful work environment I had just left. I felt like I had entered an organizational environment that was lacking the context and urgency of problems their “customers,” the war fighters, were facing. This business-like culture seemed to be rooted in and focused squarely on an internal set of very hard problems: budget processes, unrealistic schedules, and the protection of “rice bowls.” I say that without passing any judgment or negative sentiment. The problems were challenging, and the efforts were very much needed, but from my perspective, the outcomes weren’t aligned with the problems the war-fighters cared about.

So, I committed myself and worked as hard as I could to refocus my part of the organization. I had very little patience for the folks who would advertise, “we are here to help,” and then proceed to tell me about their challenges: the acquisition process, expiring contracts, lack of FTEs, budget, and so on. They weren’t speaking to me from a position of empathy. They were looking to help, but the beneficiary of the help tended to be themselves.

Consequently, when it was time for me to retire, I made the decision to create PVM: the only place that I have ever worked outside of the Navy. I founded the company to provide a venue where I could work on problems that I was extremely passionate about, with the goal of making it better for my friends still fighting. What I soon discovered after founding the company was that many of my colleagues also yearned for a place that was passionate about solving problems. I’m extremely happy to say that those friends decided to join team PVM.

Over the last decade, our growth has continued, and so has the set of problems that we address, but our objective, our purpose, endures. We remain passionate about working on hard, relevant, meaningful solutions that make our customer’s lives better. It is our singular raison d’être!