The Power of Expecting the Best

I came across a letter, and I wanted to share it here. I think all of us have seen or heard about the show Shark Tank. Barbara Corcoran is one of the show's sharks. As a casual-a-best member of the audience, I’ve always assumed that the sharks, while accomplished, were on the show because of their connections and looks.

This letter clearly proves that assumption to be false.

I originally heard the phase “Expect the Best” from my first skipper: Rear Admiral Dan Bowler. It’s a bit of a story.

My transfer to my first ship assignment in the Navy was less than stellar. I had completed all my training classes in June in San Diego and was scheduled to arrive in Hawaii where the ship was stationed no later than August. At this point, I can hear you thinking, How could Pat possibly screw that up? Well, there was just one little problem. My daughter, Riley, was due to be born “any day.” Complicating matters was the fact that my grandfather was literally on his deathbed in Florida. So, I made a choice: I chose to do everything.

I drove across the country and sat with my grandfather as he took his last breaths on earth.

The next morning, I drove for three straight days from Florida to Oregon (via San Diego) to be there for the birth of my first child.

Well, if you know Riley, she does things on her own schedule. Day after day went by, and still no Riley. It was the middle of August, and I kept telling the ship, “I’ll be there soon,” and they kept sending people to the airport to pick me up.

To make a long story short, Riley decided to make her grand appearance on August 24! By that point I was many, many weeks late (although, in my defense, my orders simply directed me to arrive in August.) I booked the first flight I could find and landed in Hawaii on August 25. At this point, there had been at least three previous failures to launch where the ship had sent folks to the airport looking for me.

The next morning, I showed up to the ship and my check-in interview with the Captain. I was literally on Day 1 of my professional Naval career after years spent in training. To say I was clueless, bright-eyed, and bushy-tailed would be the understatement of the year. By that time, Dan had heard of the events of my summer, and while not at all pleased, was somewhat understanding. I’ll never forget him looking at me sternly and saying, “In my almost 30 years of in the Navy, yours is the worst check-in that I have ever seen.”

I thought, “Well, I’ve dug myself a real hole here, I’d better stop digging. I’d better get my act together, or this is going to be one hell of a short Naval Career.”

Four years later, I would leave the ship ranked #1 of all junior officers aboard. During my tour, I was hand-picked by Dan’s successor to serve as the ship’s Navigator: arguably the most trusted position a junior officer can hold given the magnitude of the job. My success on the ship led to the Navy selecting me to attend graduate school... and the rest, as they say, is history!

Fast forward 25 years and several jobs later, Dan’s words still ring true to me. Expecting the Best has become my way of life. It gives me a way of focusing on the goal and not the magnitude of the challenge. It has become a way of remaining humble while striving for greatness.

As Barbara’s email details, and my story shares: the journey to success is filled with challenge. Each of has had to pick ourselves up, dust ourselves off, lick our wounds, wipe away some tears, and press on. Expecting the Best takes the sting out of those moments and fuels the fire to continue. It’s what fuels us here at PVM, and it’s what fuels us every day in the work that we do. 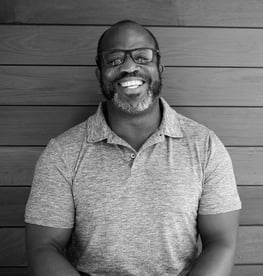