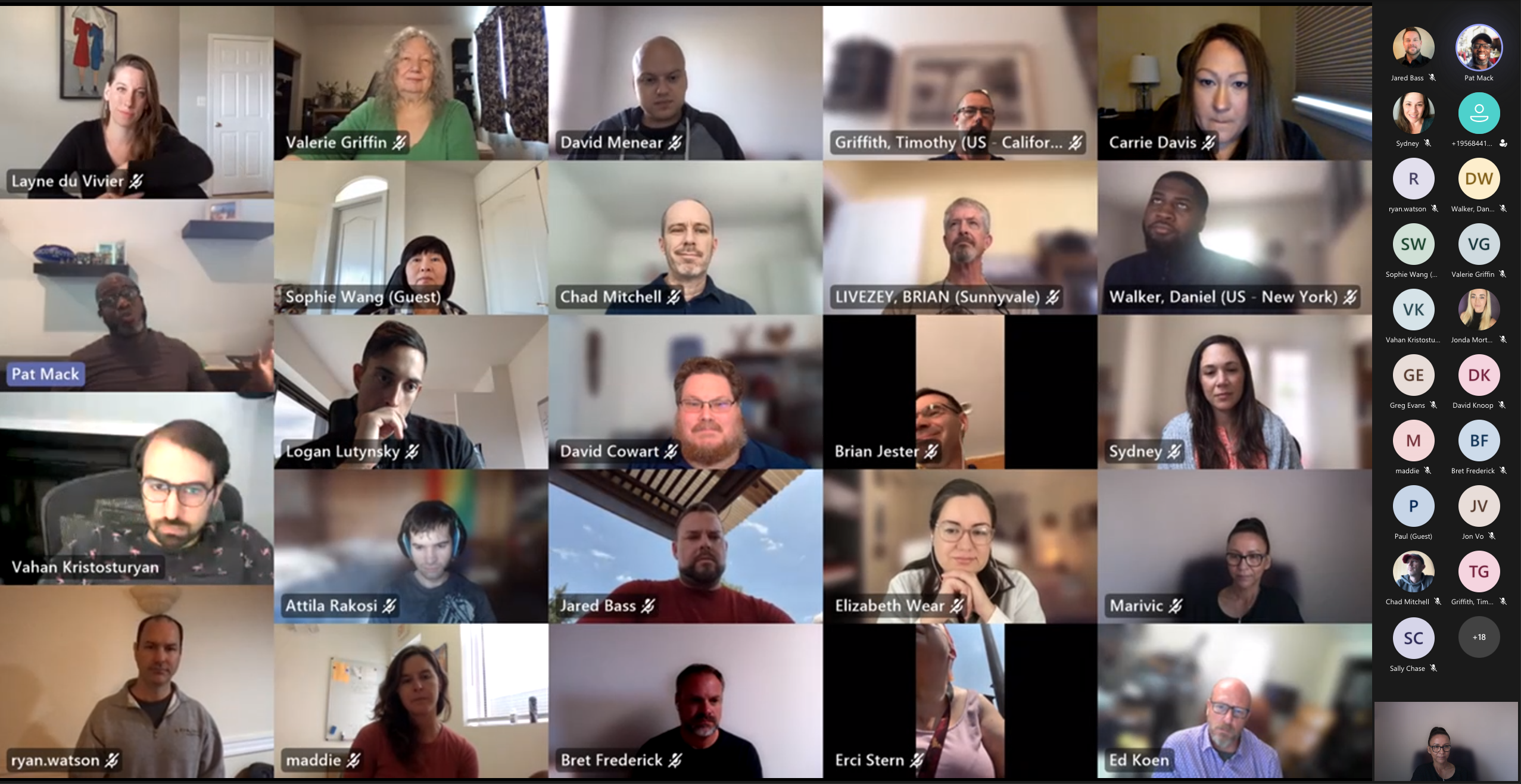 Tried-and-true strategies from a team that has worked remotely for years.

In June 2021, there was a discussion happening over on LinkedIn News under the hashtag, #MakeMeetingsWork. The central question of it was one you’ve probably struggled with yourself: How do we get the most out of our meetings?

This was already a question that troubled corporate leaders for decades, before 2020 drove us all out of the board room and onto Zoom. As more and more companies investigate a future where they continue to stay remote at least part of the time, they have a whole slew of new challenges they must overcome in order to answer it.

At PVM, we decided to go through some of the answers that respondents gave and pull out the most recurring and interesting pieces of advice that appeared. We’ve been a remote company since our founding a decade ago, so we have a pretty good idea of which parts deserved a spotlight. So, if you’re wondering how the discussion resonated with a company that really knows its stuff, feel free to consider the following your definitive roadmap for squeezing every drop of efficiency and creativity out of your remote meetings.

1. Use a tier system to determine if a meeting is needed in the first place

Before scheduling any meeting, always ask yourself: Does this absolutely need to be a meeting? And if yes, is everyone I’m planning on inviting necessary for this?

Keith Ferrazzi of the Greenlight Research Institute recommends assigning degrees of importance and urgency to any goals that might be achieved by a meeting and using the resulting tier system to guide a path forward.

2. Prepare with an agenda

In 2008, Harvard and the World Health Organization recommended that surgeons add a very old-fashioned tool to their lineup: a checklist. Their research found that this simple method could reduce the risk of death by medical error by 40% or more.

At the time, though, surgeons were slow to adopt the practice. Despite the well-documented evidence to the contrary, many insisted that they were already following all the steps that would appear on a checklist and didn’t need one to remember those steps. To some, such a simplistic approach felt juvenile and demeaning for someone who had worked so hard for their PhD; surely, they thought, if there was any group of people who had proven themselves too responsible to need a checklist, it was them. It took a lot of convincing to turn the tide on how this practice was viewed in the field.

All of which is to say: a meeting agenda is not exactly a revolutionary idea, but you should treat it like one. Your company might be wildly successful, and your employees might be the most talented and hardworking in the field, but don’t let those achievements fool you into thinking that keeping up the basics is a waste of your time. A meeting agenda will force you to organize your thoughts before you get anyone else involved, and it shows respect to your meeting’s attendants by giving them plenty of time and information with which to prepare to offer their best insights during the meeting.

Many, many respondents on the #MakeMeetingsWork thread mentioned not having enough time or enough information beforehand as a detriment to their own preparedness, and, by extension, their own productiveness. This is clearly a problem that is far too common considering it has such a simple and obvious solution: develop and send out that meeting agenda!

Who is the most organized person in the company? Who is has the best presentation skills? Who is the fastest typist? Aside from just the jobs that you hired them for, your employees bring a broad array of soft skills and personality types to the table; you would be remiss not to use this to your advantage by giving them roles in meetings that play to their strengths. Here are a few ideas of what we mean by roles.

When a stand-up comic walks out onto the stage, what’s the first thing they do? Before even the first joke, they probably exchange just a couple of words with the audience. It could be a quick one-on-one hello to someone in the front row, or it could be a bombastic callout of the name of the city where the show is happening for quick and easy cheers. Whatever it is, the comic never just stands there and tells jokes; they acknowledge that the audience is there, and that their presence is a part of the routine. This is no accident: people laugh more when they have a sense of togetherness, and that’s what the comic wants to foster first in order to make sure their jokes land.

A lot of meeting leaders make the mistake of launching into preamble before they open the floor to discussion. But remember, most meetings are not—and shouldn’t be—just an info dump. You brought these people together because you want them to participate. If you want them to be maximally engaged from the first word, have them all answer a question first and then dive into the subject of the meeting.

At PVM, we have a favorite question to open with, especially when there are new faces around: Who is your favorite superhero and why? At this point, the superhero genre is so timeless and so ubiquitous that everyone will have an answer, and chances are their answer is going to be relatable.

Alternatively, Ferrazzi recommends what he calls a “sweet n sour.” This is where everyone talks about one good thing and one bad thing that is happening in their lives. This practice creates a safe space in the meeting, where people feel they can be vulnerable and build connection with each other, which is exactly the set of conditions that nurtures collaboration and creativity.

Teams, Zoom, and Google Hangouts are not perfect recreations of a board room, but they aren’t meant to be. These apps offer specific tools that can add order and depth to a meeting experience, and you should be familiarizing yourself with all of them and making the very most of them. Here are a few of the basics.

The danger of remote work for introverts is that it very easily enables them to follow their worst impulse: disappearing into the woodwork. You don’t invite them to meetings to just sit and listen; you want their input.

So, tell them that.

Know ahead of time who the quiet ones are and take the extra steps to get them talking. Reach out to them the day before the meeting and tell them how highly you regard their opinion, and how much value they can contribute to the discussion. That step alone is enough to get most of them to speak up.

And if nothing else, make sure you (and/or your discussion leader) call on them specifically during the meeting. As the conversation unfolds, ask yourself: “Have I heard all the voices here yet?” People want to speak when they know others want to hear them, so be sure to facilitate a strong culture of listening. Not only will your introverts be thankful for this—you’ll be thankful for their exceptional point of view!

You want your employees to look forward to meetings, rather than rolling their eyes and dreading them. Even if the meeting doesn’t go the way you’d hoped, go above and beyond a simple “thank you for coming.” Acknowledge that people didn’t just give their time; they set aside mental real estate for the project and dedicated thought and energy to it. Communicate to them how grateful you are for the passion they brought, or for the preparation they did, or for how much faith you have in their ability to tackle the tasks at hand. The end of a meeting should be like the end of a football team’s huddle; when the team breaks, they’re walking away enthusiastic and confident about the work they’re about to do.