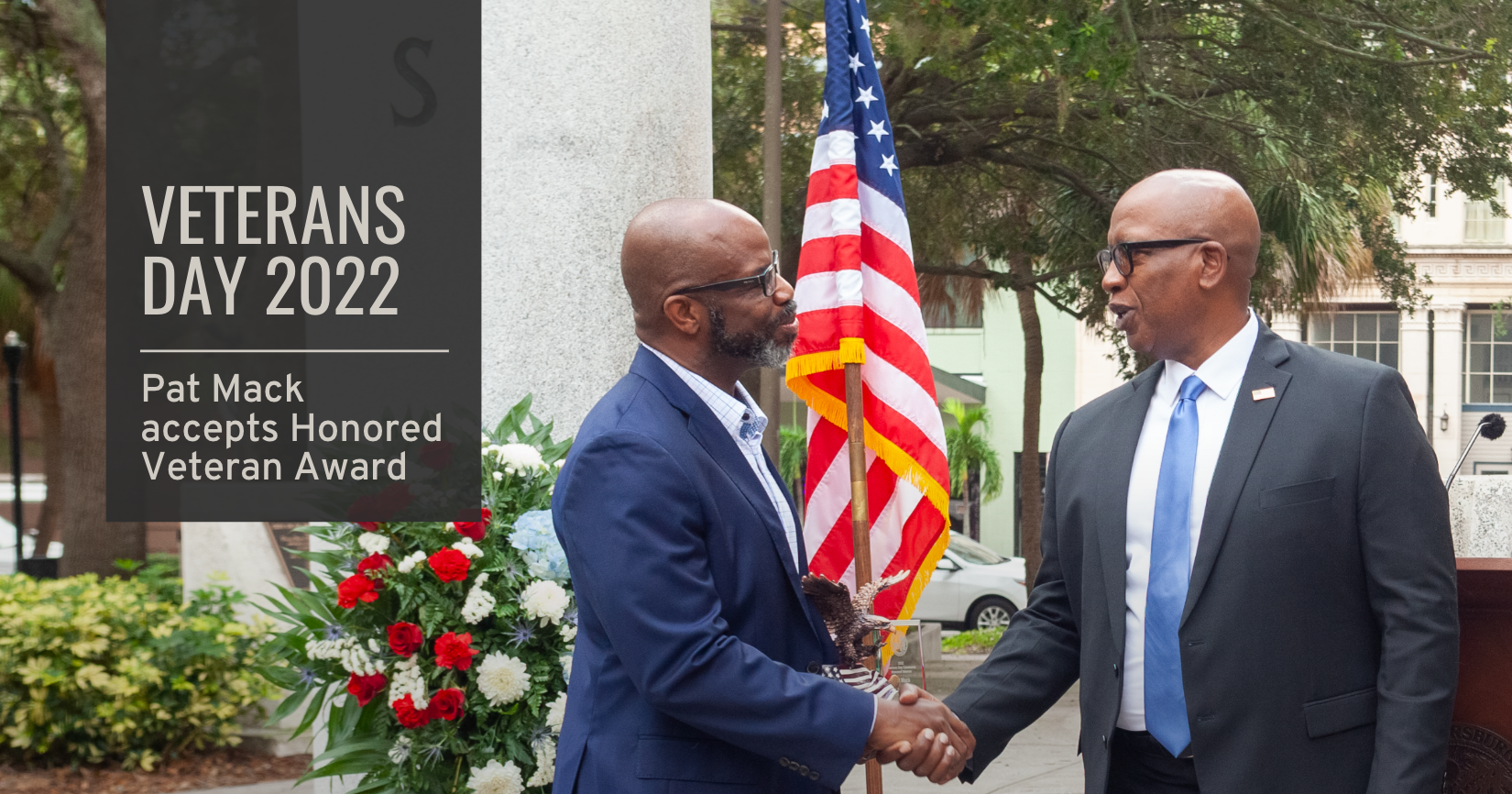 On December 9, 2022, Pat Mack received the City of St. Petersburg’s Honored Veteran Award alongside fellow award-winner and Coast Guard veteran John Green. This award is presented every year in St. Petersburg, Florida by the Mayor, currently Ken Welch, to recognize outstanding local veterans. The event was attended by veterans from the local community and their family members, St. Petersburg Police Department, City Council Members, and others. 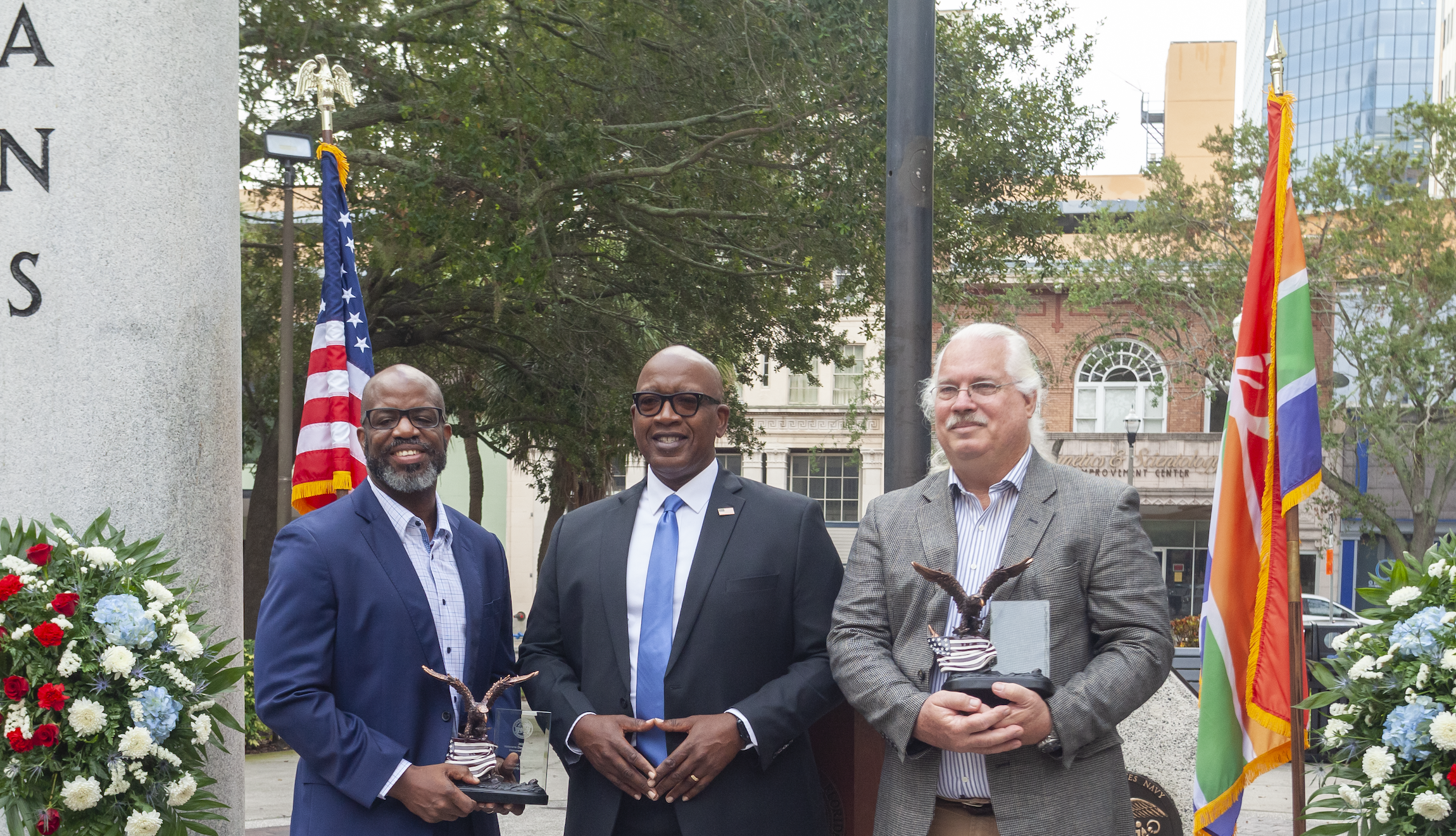 The event began with opening remarks from leaders of the community. City Council Member Gina Driscoll described St. Petersburg as a place where veterans can be proud, can be honored, and can live full lives. “We show respect and honor our commitment to veterans all year long,” said Mayor Ken Welch. “Our city believes strongly in saluting our nation’s heroes today and every day.” After receiving the award, Pat reflected on what it means to be a veteran. “It has been truly a privilege of a lifetime to have joined that unbroken tradition of service that bind those who serve,” he said. Pat served in the Navy for 24 years, with 15 of those years spent building and purchasing software for the Navy. His many years of service led to several military awards, including a bronze star. After retiring from the Navy, Pat founded PVM in San Diego, California and later returned to his hometown of St. Petersburg, Florida to grow the business further. He leveraged his knowledge from his service to create a business with the goal of solving the hard, data-driven problems Sailors were facing every day. Today that goal is still in mind with the added support of his hometown and opportunities to give back to the community he grew up in. “I return home with a passion to give back to the younger versions of me that reside in this city,” The very city and community, he said, “that saw in me what I could not see and placed me on the path I proudly walk today.”

To watch the full video of the event, visit the City of St. Petersburg's Facebook page. Learn more about PVM’s involvement in the St. Pete community here.